DJ Envy, real name RaaShuan Casey, is one of America’s most famous record producers and mixers.

He is renowned as a Disc Jockey, radio host, actor, and rapper. With tireless effort and years of dedication, he has been able to earn his place in the industry today. 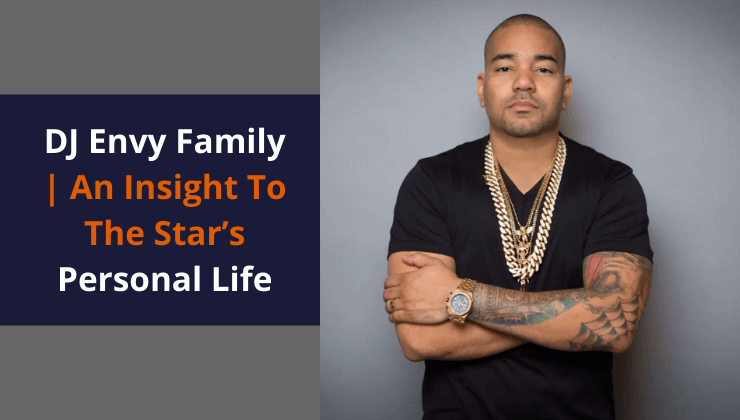 Today, we are going to look inside the star’s personal life. His family, to be specific.

We shall find out the exact number of people in his family and how he bonds with each one of them. So without any further delay, let us get on to it.

DJ Envy is married to Gia Casey. They both have five children together. However, it has been in the air that a sixth child is on its way.

The mother of DJ Envy is Janet Casey. DJ Envy father is still a mystery though, we haven’t been able to dig out his name, but what we do know is that there is news that his father is a retired cop.

DJ was born to his parents on 3rd September 1977. He was loved by both of his parents and created an unbreakable bond with them very quickly.

His parents were supportive of his passion and helped him pursue his goals in life.

Another interesting fact that wasn’t known before is that DJ Envy’s mother belongs to Virginia, while his father is from Dominica.

After lots of research, we might have to conclude that DJ Envy is an only child. If not, there is no information available regarding DJ Envy’s brother and DJ Envy sister. But worry not, we will update you as soon as we find something on it.

DJ Envy got into a quarrel on his syndicated hip hop show where the person on the other side, DJ Star, threatened to sexually assault his 4-year old daughter.

He even went to an extent where he put out prize money of $500 for anyone who would tell him about DJ Envy’s daughter’s school on a live radio show.

He also mocked DJ Envy’s wife with racist comments as she was half-Asian.

Troi Torain (DJ Star) made the following comments according to transcribed excerpts, “I will come for your kids, I finally got the information on his slant-eyed, whore wife.”

However, the matter was solved when authorities jumped in, and the DJ was fired from the show. The NYPD Hate Crime Task Force identified the issue. In the end, Torain apologized through his lawyer.

Q. Who are DJ Envy’s parents?

DJ Envy was born to his parents in 1977 in Queens, New York. His mother’s name is Janet Casey.

However, his father’s name has not been mentioned till now. His father is a retired policeman, most probably in the New York Police Department.

The only mention of his father was on DJ Envy’s Facebook page some time ago, when he wished his father on Father’s Day.

Q. Where is DJ Envy originally from?

DJ Envy was born in Queens, New York. His early upbringing took place in the same place. He went to college in Virginia. However, he currently lives in New Jersey in his mansion with his family.

On a show, ‘The Real,’ DJ Envy was asked about his backlash on colorism. DJE revealed that people often think that he is either Puerto Rican or a Latino. But he clarified that he is none of those two.

Moreover, he said that his mother belonged to Virginia while his father is from Dominica, which people often mistake for Dominican.