The famous disc jockey and a host on the radio; DJ Envy and his wife have been married for almost 20 years now. But some time ago, their married life took an unexpected turn.

What exactly happened between the couple? Was the record producer in the hip hop industry wasn’t real happy in his marital life? Let’s explore it today! 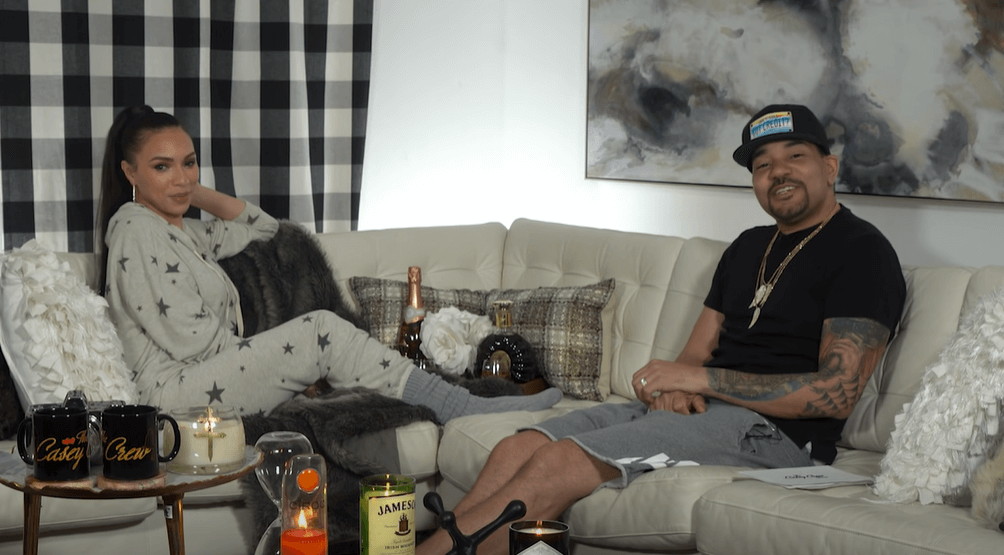 DJ Envy is married to Gia Casey. The two have been dating since their high school days.

According to Envy, Gia was already successful even at fifteen, but she was brought under the spotlight once their marriage was announced.

The couple got married in 2001; however, the two have never revealed the exact month and date. Ten years after their marriage, in 2011, Gia found out that Envy was cheating on her.

Gia told in a show that she surfed Google to see the pictures from a recent photoshoot that Envy had done. But surprisingly, she stumbled upon a blog that claimed that Envy had an alleged affair.

She says that she opened the blog and started reading. There she came across a conversation between two girls in which one was saying to the other, ‘Well, that’s why you’re with DJ Envy, and his wife sits at home clueless.”

Gia further said that she was awestruck after this and confronted Envy right away. Envy, at first, pretended not to have any knowledge regarding who the girl was.

But, as he explained in a show some time ago, Casey said she knew he cheated on her; she wants him to admit it.

Envy explains that Casey asked him to be a man about it and accept it. Which he eventually did. Things got worse after this, and Gia further said that she hired a divorce attorney right after that.

She said that Envy cheating on her was a hard line for and she announced among friends and family that she would divorce Envy. DJ Envy’s girlfriend was Erica Mena from “Love and Hip Hop.”

Upon this, Envy begged her for forgiveness, but she wasn’t moved. He then threatened to commit suicide and had to spend three days in a mental institute. Casey stopped her divorce filing process until Envy recovered.

But luckily for him, he managed to convince her not to leave him in the meanwhile. Besides, he also called Tyrese for help.

He arranged a private concert for the two and tributed a song to her, claiming. Envy loved her.

Casey decided to stay on the condition that Envy would take care of himself. In addition, she also started pursuing her passion as a journalist. The couple became closer than ever and more faithful than ever.

The couple now airs a podcast named The Casey Crew. They share their family moments over there and spend time with their fans. Their podcast is highly popular among the audience.

Little is known about Gia Casey’s background. But it has been discovered that she is of Chinese-Jamaican ethnicity. As for her nationality, she is American.

In May this year, DJ Envy posted on Instagram; an ultrasound image of their sixth child. The couple is expecting again and seems very happy about it.

DJ Envy leads a happy family with his wife, Gia Casey. Today we shall have a look at the adorable children the couple has. Go through the biography and wiki of DJ Envy.

DJ Envy has two sons Jaxson and Logan. Logan is the eldest son and has a keen interest in football, and is often seen playing on his Instagram. There isn’t much information available regarding his other son Jaxson.

DJ Envy has three daughters; Madison, London, and Brooklynn. Madison is the eldest daughter and is a skilled piano player; she currently studies in college.

There isn’t much information about his daughters, but we will update you right away when we find something.

DJ Envy is married to Gia Casey. They both have been dating since high school and were married in 2001. They have successfully completed 20 years of their marriage.

DJ Envy’s wife is of Chinese-Jamaican ethnicity, but she is an American National.

Q. What happened to DJ Envy and his wife?

DJ Envy was cheating on her wife, but she got to know about the matter through a google search.

A blog revealed his alleged affair with Erica Mena. She decided to get divorced, but Envy asked for forgiveness and got suicidal.

He managed to convince her into giving him another chance. The couple has been closer than ever since that.

Q. Who is DJ Envy married to?

DJ Envy is married to the gorgeous Gia Casey. The high school lovebirds tied the knot in 2001.

Q. How long did DJ Envy and Erica Mena date?

The exact time is unknown, but it is estimated that the affair went on for a few months.

DJ Envy recently posted an ultrasound image of his pregnant wife on Instagram. It appears the couple is going to welcome their sixth child soon.

Q. How old is Gia Casey?

DJ Envy’s eldest daughter is Madison Casey. She is a skilled piano player and is currently studying in college. However, her exact age is not known yet.

Q. How many kids does DJ Envy have?

DJ Envy is currently a father to 5. However, he is going to be his 6th kid’s dad soon.