This American sports executive is the daughter of a famous real estate investor, Jerry Buss. He later owned the LA Lakers and started to control the team along with his other sports businesses. 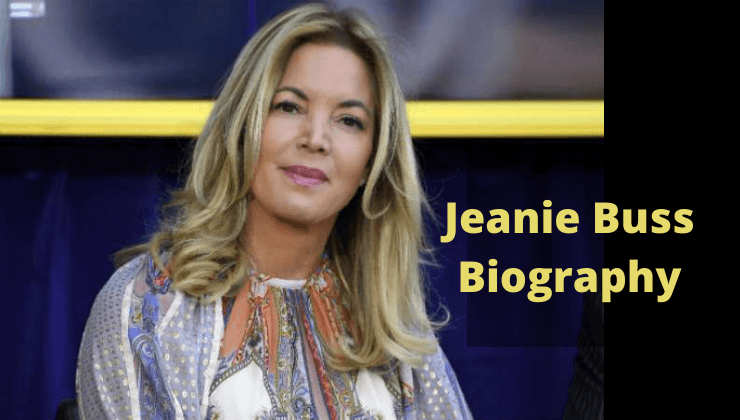 His daughter also continued his legacy and became the manager of the professional tennis team, Los Angeles Strings, at the age of just 19.

Jeanie then gradually became an integral part of his family’s sports business. She became the owner of the professional roller hockey team, Los Angeles Blades.

And with his father’s death in 2013, she emerged as the key woman of their sports business. Besides, she now also established herself as one of the richest sports club owners in the world.

Jeanie Buss Biography, Net Worth, and Other Interesting Facts

Right after the death of Jerry Buss, all his sports business passed down to his six children through their family trust.

All of the six heirs or of that sports industry received an equal amount of votes. However, Jeanie took the changer of the Los Angeles Lakers as the president.

Besides, she now also currently represents the LA Lakers in the NBA Board of Governors.

The famous competitive tennis tournament in the USA, World TeamTennis, arranged its last edition in 1978 before reviving again in 1981.

During that time, Jeanie bought the Los Angeles Strings at the age of just 19. Later, she revealed that her father bought her the team as a part of the family sports business.

Sadly, the team witnessed the last season in 1993. She then owned the Roller Hockey International franchise, Los Angeles Blades.

During that time, she received the Executive of the Year award of that tournament. She then served as the president of the famous Great Western Forum for four years.

Shortly after, she took her place as the Alternate Governor representing the LA Lakers on the NBA Board of Governors in 1995. She then took charge of the business operations and became the executive vice president of the LA Lakers in 1999.

In 2005, Jeanie’s brother Jim took the charge of LA Lakers as the vice president of player personnel.

Forbes and ESPN then named her one of the most powerful women in the sports industry in 2011.

Jerry Buss died in 2013 that witnessed 66% of the controlling share of the LA Lakers passed down to all his six children through a family trust.

Al the six siblings received an equal vote in the trust. As Jeanie was already working as a main administrator of the Lakers, she took charge of the team as the president during the 2013-14 NBA season. Besides, she also continued to work as the head of the business operations.

Her brother Jim then starts working as the Executive Vice President of basketball operations for the LA Lakers.

Jeanie terminated then-general manager Mitch Kupchak. Shortly after, her brother Jim resigned from his position of VP of Basketball Operations on 21st February 2017.

She then appointed one of the greatest basketball players, Magic Johnson, as the head of the basketball operations. Shortly after, she hired Rob Pelinka as the general manager of the LA Lakers.

Jeanie Buss was born on 26th September 1961. She is the third child of Jerry Buss and Joann Buss.

She grew up in the Santa Monica city of California along with his two older brothers, Johnny and Jim, and her younger sister, Janie.

Jerry and Joann divorced in 172. And, that incident left Jeanie in complete emotional abundance. She then moved to Pickfair estate at the age of just 17, along with her father.

She instantly falls in love with that estate and then started organizing guided tours all herself. Jeanie then took her admission to the University of Southern California.

During that time, she became the principal owner of the Los Angeles Strings tennis team previously owned by his father. She completed her graduation with her major in business.

Jeanie married one of the best volleyball players, Steve Timmons, in 1990. However, the couple ended up in a tragic divorce in 1993.

Shortly after, her photo-shoot for Playboy magazine became a sensation. And in 1999, she started dating former New York Knicks president, Phil Jackson. However, she officially released a statement declaring the end of their engagement on 27th December 2016.

According to the recent financial reports of 2022, the current net worth of Jeanie Buss is estimated to be around $540 million.

She now holds the majority of stakes in the NBA franchise, Los Angeles Lakers. Besides, she also inherited a major chunk of her father’s sports business. Moreover, she also has her own private estate and properties.