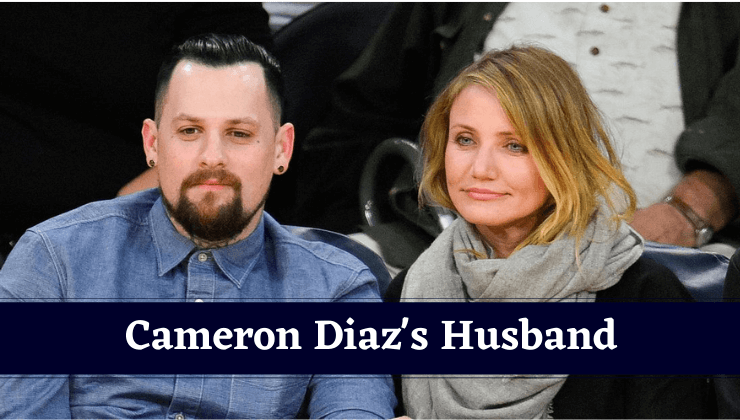 Cameron Diaz husband, Benji Madden is an American music producer, a songwriter, and the lead guitarist of the band Good Charlotte.

Cameron Diaz married Benji Madden in 2015 after dating him for almost a year. Benji Madden is also a backup vocalist for Good Charlotte and a pop-rock collaboration called the Madden Brothers.

Benji has an identical twin brother, Joel Madden. Together these twin brothers formed a band called Good Charlotte in 1996.
Benji and Joel have an older brother Josh Madden and a younger sister Sarah Madden.

In 1996, Benji Madden and his twin brother Joel Madden formed a band together and named it Good Charlotte. In 2011, Benji and his brother released a mix-tape under the collaboration known as the Madden Brothers.

Besides being a musician, Benji Madden started his fashion line with his brothers, Josh and Joel, in 2001 and named it Made Clothing. In 2006, the brand became DCMA Collective, and they opened their first outlet in LA but closed it later.

In 2015, Madden and his brothers started a music company named MDDN and Benji became the CEO of this company. Their company offers artist management, development, and other creative services. MDDN is successfully managing some of the big names of the American music industry.

Benji Madden Split Up With His Ex-fiancee – Sophie Monk

Benji Madden broke up with his ex-fiancee, Sophie Monk, in 2008. In 2014, he started dating Cameron Diaz, and they got engaged the same year.

In January 2015, the couple tied the knot in a fancy wedding ceremony with their friends and family members. The wedding took place in their Beverly Hills mansion.

The Hollywood actress admitted that getting married was an unexpected thing and the biggest thing she did in her 40s.

She said that marriage opened her up in different ways. Even though the couple likes to keep their married life private, they never fail to admit their love for each other publicly.
Madden wrote a heartfelt message on Instagram post for Cameron’s 46th birthday in 2018.

After trying for a long time, Diaz and Madden had their first child in 2019, but they announced it in January 2020. They named their daughter Raddix Madden.

The Knight and Day actress admitted that having children is a lot of work and responsibility. Plus, you have to be responsible for another life besides your own.

Diaz revealed that her longtime friend Gwyneth Paltrow pushed her to have a baby. She said that Gwyneth convinced her to become a mom, saying, “If you don’t do this, you will be so sad that you didn’t do it.”

Q. How much is Cameron Diaz husband worth?

The Hollywood actress and Good Charlotte lead guitarist have been married for 7 years, since 2015. The couple recently celebrated their seventh anniversary.

Q. Who is Cameron Diaz married to now?

Cameron Diaz is married to Benji Madden, an American musician, and songwriter. The couple got married in 2015 in a small ceremony with their closest family and friends. Furthermore. The wedding ceremony took place on Cameron and Benji’s property in Beverly Hills.

Q. How much older is Cameron Diaz than her husband?

While Cameron is 49 years old, her husband Benji is 42 years old. So, the couple has an age difference of 6 years.

Q. How long have Benji and Cameron been together?

Cameron started dating Benji Madden in 2014. A year later, in 2015, they got married. The Good Charlotte musician recently celebrated being married to Cameron for seven years. He posted a sweet tribute about his wife on Instagram.