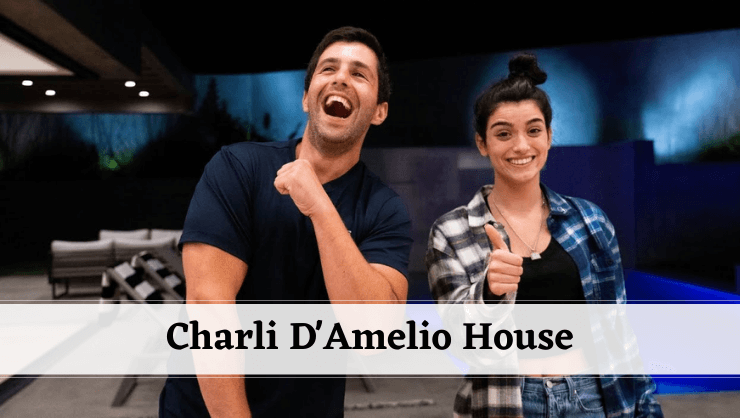 Charli D’Amelio, a TikTok celebrity, has moved from her childhood home in Norwalk, Connecticut, to a house in Los Angeles Hollywood Hills.

Charli’s family was able to sell their Norwalk house for USD 914,000 and move into a LA property that was last listed for USD 5.5 million thanks to the star’s earnings.

The 5,500-square-foot pad costs them roughly USD 35,000 every month. However, the actress wasn’t precisely scrounging before her relocation.

Marc and Heidi D’Amelio, her parents, bought their last property in 2011 for around USD 800,000. There are three bathrooms and 4 bedrooms in D’amelios house which is 3,700 square feet, making a great contribution to the net worth of Charli D’Amelio.

Over 5,500 square feet, the mansion contains six bathrooms and four bedrooms. This beautiful property has two double doors that lead to a vast open floor plan.

A chef’s kitchen with a waterfall island, wine storage, and a walk-in pantry is also included in this property.

There’s a fireplace in the master bedroom, as well as a walk-in closet, a rain shower, and a soaking tub.

Furthermore, this stunning mansion is hidden behind gates in Nichols Canyon, Los Angeles. Nichols Canyon is a Hollywood Hills neighborhood.

Charli D’Amelio grew up in rural Connecticut with her parents and elder sister Dixie before becoming one of the world’s most famous teens, before the brilliant lights of Los Angeles and the glittering Hollywood Hills house.

It was here, in this relatively regular residence, that she first released her TikToks, which became viral in the summer of 2019. Since then, life has altered dramatically.

Inside, it’s evident that the D’Amelios is no longer there. The unstaged interiors feature a formal dining room and a living room with a large bay window, hardwood flooring, and whitewashed wainscoting contrasting nicely with the medium blue wall color.

At the same time, the adjacent family room has a large fireplace and glass sliding doors that go out back to the 59-acre lot, which has a large grass and enough space to easily accommodate a pool,

The home’s four bedrooms, including a master suite with two walk-in closets and a bathroom with a soaking tub, are all located upstairs on the second story.

A complete bath is shared by two of the three guest rooms, one of which has an ensuite. There is also a bonus attic room on the residence’s third story.

Hype House is a Spanish-style palace built on a hill on a gated street in Los Angeles, and it serves as the physical home of a new content producer collaborative. It features a large garden, a pool, kitchen, dining room, and living room.

Four of the group’s 19 members reside in the home full time, while the others rent rooms when they come to town.

And throughout the day, a steady stream of important young online stars stopover to pay their respects to the new wave.

Some of the famous TikToker originated the hype house in December. They made their debut with a Backstreet Boys-style picture session, and #hypehouse quickly became a popular topic on TikTok; videos with the hashtag #hypehouse have received approximately 100 million views.

Charli and Dixie D’Amelio, both TikTok stars, were two of the key faces of Hype House when it first started in December 2019. Some of TikTok’s best performers share a Los Angeles mansion called the Hype House.

The sisters frequently appeared in the material produced on the app’s TikTok and social media sites aided in its meteoric rise in popularity.

Charli and Dixie, on the other hand, decided to leave Hype House in May 2020 and move into their own $6 million Los Angeles home shortly afterward.

Q. Do you have any idea where Charli D’Amelio resides?

The D’Amelio family, which includes her 20-year-old sister Dixie and parents Marc and Heidi, lived in Norwalk, Connecticut, where she was reared.

Q. How much did Charli D’Amelio’s Connecticut home cost?

The childhood home of the TikTok celebrity in Norwalk, Connecticut, was sold for $914000.

Q. What is the address of the Charli D’Amelio House in Los Angeles?

Q. In the hype mansion, how many people live?

In the hype house, 19 members live together.