The wrestling career of Pat has been marvelous, and he has earned most of his fame in the WWE through his beef with various people. The most prominent of them all was his feud with Adam Cole.

This feud started backstage, continued inside the ring, and is still ongoing and on-camera as well. Today, we will try to find out the answer to the question; Are Pat McAfee and Adam Cole friends? 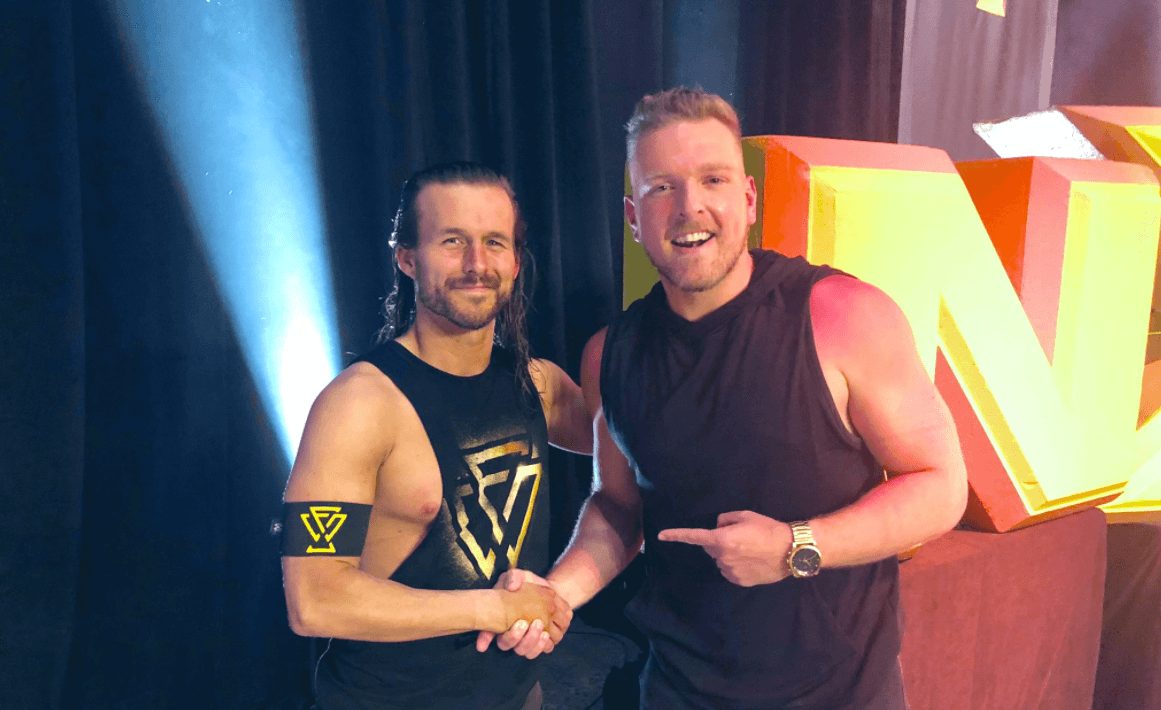 After all that has happened between them, the two are certainly not friends. It has been over a year since they are deep in their beef, and despite the efforts of many other fellow wrestlers, they couldn’t come to a mutual agreement.

In February 2019, when Pat McAfee signed an official contract with WWE, he had started hosting and commentating on events for the company. But in the middle of that year, Pat had an argument with Cole.

The argument took place backstage when Cole mocked Pat for wearing tuxedo shorts. The situation got heated up to the point where Pat threatened to resign on the spot.

However, Pat was sent to another room and the management staff dealt with the situation.

In 2020, on July 23, Adam Cole appeared as a guest on Pat’s radio show (Check out Pat McAfee Show And Stats). However, he stayed longer after that as he was supposed to be in an exclusive YouTube interview.

During that interview, Adam got frustrated with Pat as he constantly stated that the Undisputed Era was more talented than him.

Besides, he was also questioning the legitimacy of his talents. The situation got out of control when Pat mocked Adam on his height. As a result, Cole broke Pat’s recording equipment. He also misbehaved with and pushed members of Pat’s crew.

Afterward, Cole made a public apology for his actions. He was then invited by Triple H to sort matters between him and Pat. They both attended the meeting and were apparently on neutral grounds and ready to put an end to their feud.

On an episode of NXT on August 5, Pat co-hosted an event where he interacted with Cole again. He did not refrain and mocked Cole for his height again. On this, Cole threw water at Pat’s face, and the matter got severe.

There was a post-match confrontation after this when Pat punted Adam’s head. He was then thrown out of the building.

The following day, Pat was challenged by Triple H for a match on behalf of Cole. The challenge was accepted. The match took place on August 19, and even though Pat had landed some decent shots, Cole managed to corner him and win the match eventually.

Another tag team match took place on the October 21 episode of NXT; again, after a furious fight, the McAfee team lost as O’Reilly pinned down Lorcan.

Q. What happened to Pat McAfee and Adam Cole?

They both got into a feud with each other in an interview. Triple H tried to settle their dispute, but they eventually ended up against each other inside the ring. The wrestlers fought two matches, and in both of them, the McAfee team faced loss. Their feud goes on till this day.

AJ and Pat both played for the NFL for years. This ended up being friends, and AJ has shown support for Pat in his feud with Adam Cole.

Pat and Adam share the perhaps most heated up rivalry in the history of NXT. The two being friends is entirely out of the question.