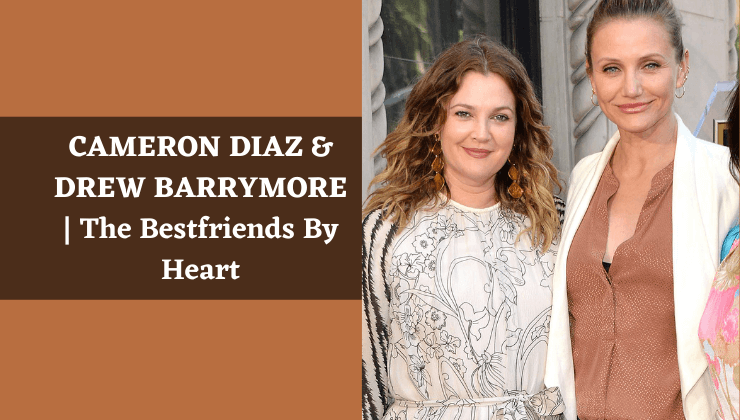 Renowned Hollywood actresses Drew Barrymore and Cameron Diaz have a one-of-a-kind friendship which is literally like a dream for many. Their old and long-lasting relationship is full of many pure and quality moments.

In an interview, Barrymore mentioned such moments and said, “The thing that I love about our friendship is that we have been there in all the big and important moments, [and] we’ve also been there in the small moments and the casual moments.”

Diaz and Barrymore are such good friends because they are real with each other. They go through real stuff with each other, which is rare these days. “It’s not a Hollywood fairy-tale.”, Drew Barrymore says.

It’s just not Drew or Diaz who highlight such special moments from their friendship. An inside source seconded her statement and added, “From breakups to heartache to baby bliss, Drew and Cameron have shared it all.”

Additionally, the sources concluded and mentioned, “They agree they couldn’t have made it through the last three decades without each other.”

Cameron And Drew | They Became “Sisters”

The movie Charlie’s Angels had two stars, Drew and Cameron. They acted together in the movie and made many fans around the globe.

Their viewers kept on learning about what was happening in their beautiful friendship. But many people might not be aware that Drew Barrymore and Cameron Diaz became “Sisties” even before Charlie’s Angels.

Barrymore once revealed their first meetup and said she was 14, and Diaz was 16 years old when they met.

At that time, Drew Barrymore was working at a coffee house, and Diaz had just begun modeling as a junior model.

She also added, “She’s still my bestie and sistie. That’s a new word. It’s Cameron Diaz.”
They are each other’s go-to person.

Drew and Cameron like to keep their friendship fresh all the time and take each other’s advice in even simple matters.

They send each other videos from their closets while choosing what to wear, dancing around, and sharing information. Barrymore also revealed that this is how they communicate.

She also admitted that Cameron Diaz, her best friend, was that person who not only taught her how to cook but also helped her while they were living and traveling together.

What did Drew Barrymore say About Cameron Diaz?

Barrymore said, “She’s [Cameron Diaz] always been the chef. She’s the best cook ever.” Furthermore, she revealed that during the time they have spent living in hotels together, Diaz tried to teach her how to make pasta sauce.

“I know life with you in the kitchen,” Drew said about the 49-year-old Hollywood actress.

Some friendships are so important and worthy that they create an inevitable bonding between people. Such a connection exists between former Hollywood actress Cameron and Drew. Cameron and Drew are not only best friends, but they always prove the purity they put in their friendship. One example of this eternal friendship is that Cameron Diaz is the only person who is permitted by Drew Barrymore to sleep in her bed.

Q. How did Drew Barrymore and Cameron Diaz meet?

Hollywood renowned actresses Cameron and Drew first met each other when they were in their teen ages. The place of their first meeting was a store where Drew Barrymore used to work at. At the time of their initial meeting, Cameron Diaz was 16 years old, and Barrymore was in her early teenage era. Drew Barrymore was only 14 years of age when they both met, and their unbreakable friendship has continued since then till date.

Some relations are super sustainable and do not have an ending. A perfect example of such a relationship is the friendship of Drew Barrymore and Diaz when they started years ago when they both were in their teenage, and they are still friends while touching their fifties. There is nothing that can affect their infinite friendship.