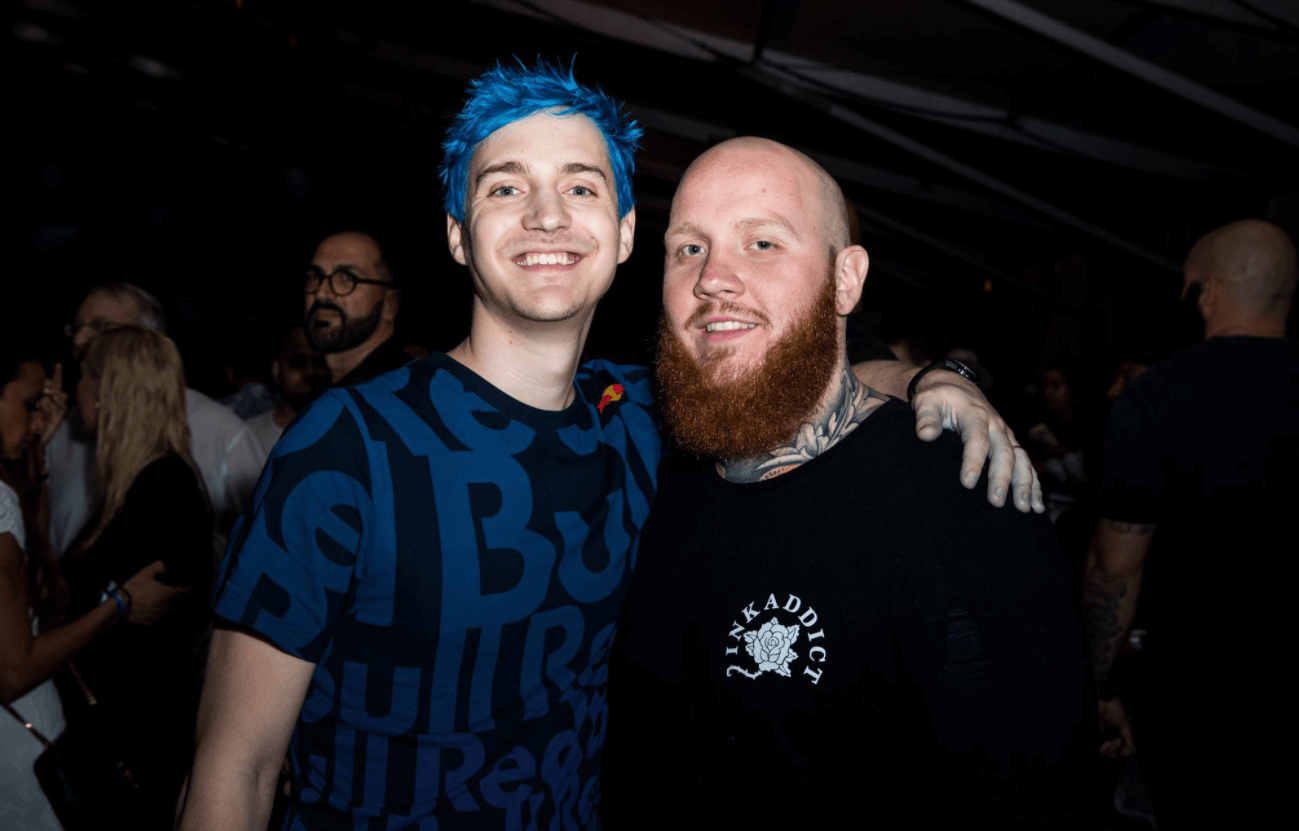 Tim is a famous gamer and streamer, and so is Ninja. Both of the gamers have been streamer buddies for a long time.

Tyler ‘Ninja’ Blevins is a famous gamer and is perhaps considered to be the world’s most famous gamer.

He mostly plays and is renowned for Fortnite. Moreover, he is the most followed Twitch streamer.

Ninja is a 29-year-old millionaire with a net worth of almost $25 million.

He is a massive success, and one of the primary reasons behind this success is perhaps his wife, Jessica Blevins.

She is also her manager and says that she wanted to make Ninja a household name beyond the realms of streaming and gaming.

Talking about his revenue, being the most famous gamer did yield him a lot of financial benefits.

He once mentioned in an interview that he would make a decent $500,000 minimum per month through merely Twitch Streams!

This too ignoring the donations and other stuff. Brand deals, sponsorships, other platforms such as YouTube and Mixer are among his income streams.

A conservative guess of his monthly revenue would be over $2 million. Like Ninja, TimTheTatman’s net worth has also increased by his streams also.

Are TimTheTatman and Ninja friends?

They have streamed together for a long time, and it would be accurate to state that the two have developed a bond of friendship over time.

Moreover, in some of his statements, Tim mentioned how he misses the days they would play together.

He said that he longs to play with Ninja and would light something up as soon as he gets in contact with him.

Besides, there have been many events when both of them have supported each other on various platforms.

Once, Tim defended Ninja when someone mocked him on Twitter, calling him a sellout.

Another time, Ninja supported Tim on his decision to leave Twitch and elaborated upon how this decision would turn out good for him. Don’t forget to read about TimTheTatman Bio and wiki.

They used to play a while ago when Tim was still playing Fortnite, but as he stopped playing the game, they didn’t really get a chance to play together again.

Q. Are TimTheTatman friends with Ninja?

Even though they haven’t played together for some time, they both are good friends and show love and support for each other on numerous occasions.

Q. Is Ninja a sellout?

A fan once called Ninja a sellout on Twitter, but TimTheTatman came for his support and defended him.

Q. How did TimTheTatman and Nickmercs meet?

Tim met Nickmercs in a stream where their humor led to their introduction and a bit of familiarity. Moving on, as they played together and their spirit matched, they became friends.

Ever since time stopped playing Fortnite, they didn’t get a chance to play together. It is said that they might show up together in a stream soon.

It would be wrong to say that Tim left streaming. However, he quit Twitch some time ago. He apparently made a deal with YouTube Gaming and decided to focus on YouTube and give up on Twitch.

Yes. Tim left Twitch some time ago for YouTube.

Q. Who does TimTheTatman stream with?

According to what we know, he will soon be joined by CouRage, Cr Lupo, and Dr Disrespect in a stream. Dr Lupo has, however, recently switched to YouTube for his streams.