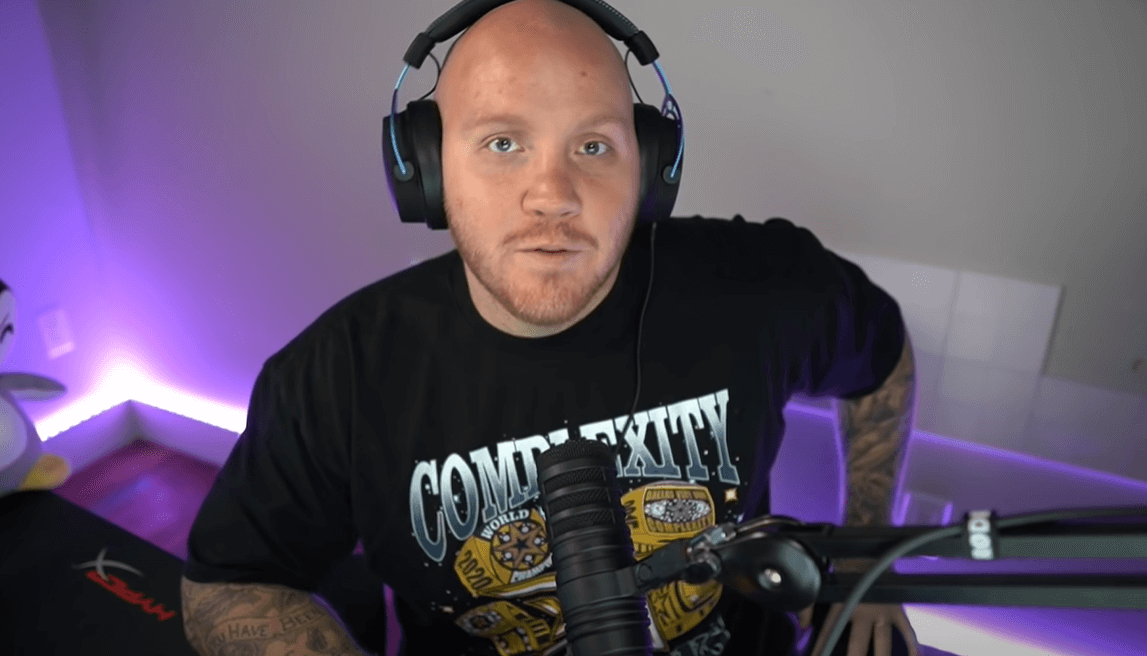 In this TimTheTatman Bio, we shall introduce you to one of the most hardworking and passionate gamers and YouTuber.

Gaining his fame from streaming gameplays and making videos from various games, Tim the Tatman is a famous YouTuber and Twitch streamer.

His real name is Timothy John Betar, although he is widely known on the internet as TimTheTatman.

Tim has kept his personal life a secret, and all we know about his early life is that he played games a lot and went to high school, where he found his wife.

Apart from this, there is no transparent information regarding his studies.

Tim started gaming from Call of Duty and numerous other games.

He used to post montages and further edits such as scopes, non-scopes, quick scopes, etc.

An average audience watched his videos and started building a community.

Later on, as his channels grew, his fame followed suit. He added real-life vlogs to his channel to get more exposure and held live streams of his gameplay.

The streams gave a great boost to the net worth of TimTheTatman.

In 2014, Tim started playing CS Go right after its release.

He began gaining considerable attention due to the videos related to the popular game; Overwatch. But he faced a problem while playing it.

He used to get frustrated, and this is never a good sign for a gamer.

Although he is not a professional gamer, this problem did matter a lot. Hence he decided to move to Fortnite Battle Royal.

Unexpectedly, this was a major game-changer in his career.

He began streaming and posting Fortnite videos in April 2018. His channels have seen major growth since then.

Moreover, he started his career in 2012 on Twitch and expanded to YouTube in 2013.

Although he hasn’t let out much regarding his personal life, we have some basic information about him.

Tim has been playing games since childhood, which perhaps explains and supports his inclination towards this career.

He is a 5 ft 10-inch tall, bulky man with a beard if we talk about his physique.

Tim does not have any brothers or sisters, but a wife, Alexis and a boy named Brewer. Explore more about TimTheTatman mom and family.

Tim was born in New York City. And as far as we know, it is also his current residence.

Tim is currently on two platforms; YouTube and Twitch. He started his career on Twitch then moved to YouTube as well in about a year.

Currently, he is one of the most-watched and followed channels on Twitch, with over 6.5 million followers.

However, surprisingly, after nine years on this platform, Tim announced to quit Twitch to focus on YouTube more and the competition there.

His success on YouTube is also remarkable with over 4 million subscribers and exhibits his hard work, dedication and passion throughout the years.

Tim is a philanthropist and has done great work for charity and donations.

In 2018 he used the platform of GuardianCon charity stream marathon to raise funds for children’s medical research for St. Jude’s Children’s Research Hospital.

This event helped raise over $2.7 million and was hence considered to be more than successful.

Furthermore, Tim also set a record of raising over $106,000 in 4 hours for Twitch charitable donations.

It is a point worth noticing that Tim is a Christian person and a man of his faith.

Hence, many of his tattoos are related to his faith, even though he does not impose them on anyone.

Tim also sells his merchandise. The logo is the tattoo on his chest which says “Bleagle”. This is a hybrid term denoting Bear, Lion, and Eagle.

He uses this as a logo of his merchandise, but there is perhaps another element to it.

As mentioned earlier, Tim is a religious person. The logo is the same as the symbol of representation of God and His depiction in the Bible.

What People Ask About TimTheTatman

Q. Where does TimTheTatman live?

Tim was born in NYC and currently lives there.

Q. What happened to @TimTheTatman?

In late 2021, Tim announced to leave Twitch for YouTube.

Q. Why is TimTheTatman so popular?

He is popular for gaming videos and streaming; he gained major popularity through Fortnite.

Q. Who is TimTheTatman signed to?

He is currently a partner owner in Complexity Gaming. The contract is reportedly three years long.

Q. How did TimTheTatman lose weight?

He lost a lot of weight through intermittent fasting, exercising and proportioned diets.

Q. What is Timthetatman’s real name?