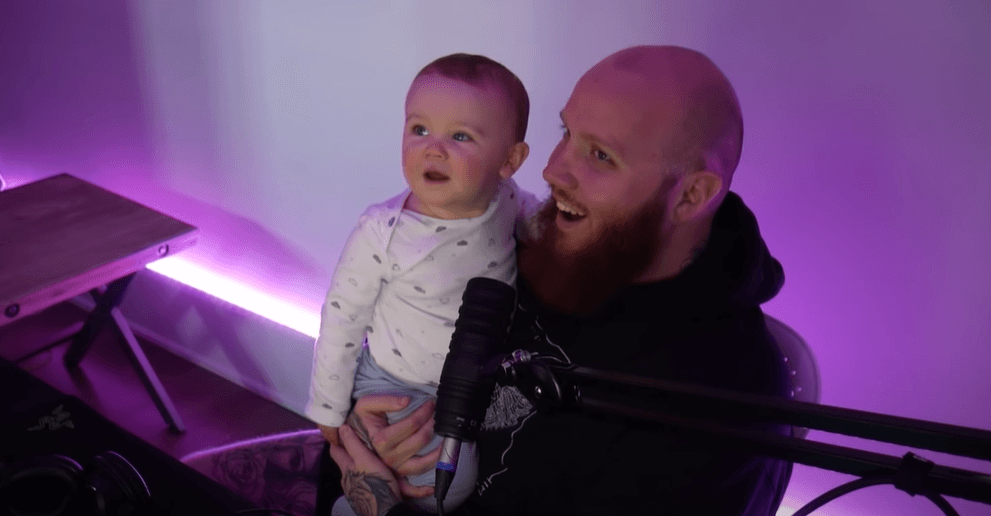 A major event that the fans cherished was when Tim’s wife Alexis was introduced to the streams. The fans were super excited to meet her and had a lot of fun with her ever since.

Furthermore, another major news that the fans received was of TimTheTatman Son. His son’s arrival into this world was such joyful news for the couple and their fans.

Tim has a well known gaming career on various platforms and has a huge fanbase in millions.

Apart from Tim’s net worth and professional accomplishments, Tim’s personal life’s events are also shared with his fans.

Tim had announced his wife’s pregnancy for some time and after a 40 week pregnancy they welcomed their baby, Brewer.

Alexis Betar was admitted to hospital on April 8th and after 3 days, Brewer was born on April 11th, 2019.

A few days after Brewer was born, Tim introduced his son to his stream and the fan gave him lots of love. Don’t forget to go through the complete biography of TimTheTatman.

From there, it was almost a routine that Tim used to bring his son to his stream.

In November, 2019; around 6 months after his son was born, Tim scared his son.

While playing he raged at some point and shouted. This scared his son and he ended up crying.

On 17th October, 2020 Tim uploaded a video in which he showed a strange scene. While he was playing Warzone, his son turned off his PC.

It turns out that his son is as crafty as he is and surely the father and son duo is going to bring a lot of fun to the channel and the stream.

What People Ask About TimTheTatman Son

Q. How old is TimTheTatman son?

Tim’s son is around 2 and a half years old.

Q. When was TimTheTatman’s son born?