Jesse Watters is a renowned American TV show host and a member of the Conservative Party in New York State.

You would surely have seen him on Fox News in various shows such as Watters’ World, The Five and The O’Reilly Factor. Let’s dive into Jesse Watters biography. 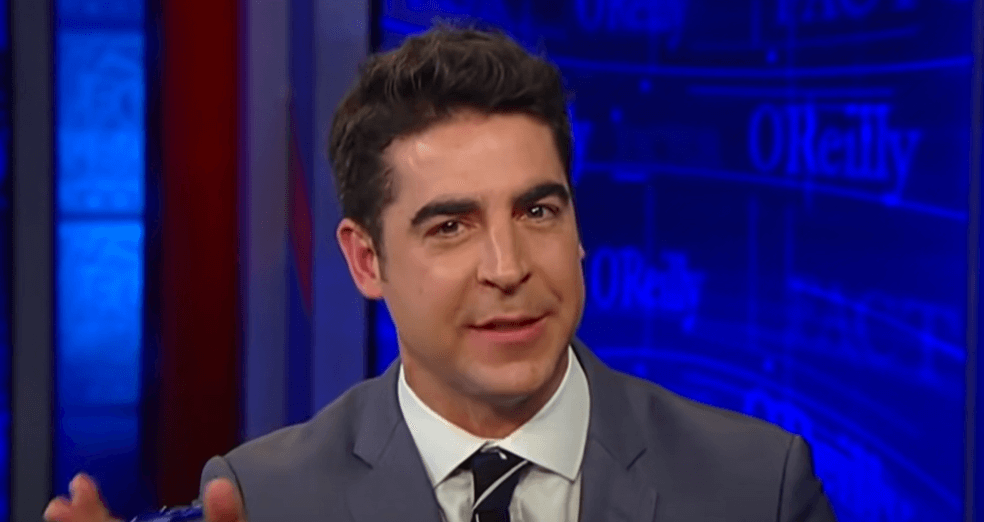 Jesse is a TV sensation and his show Watters World is a political show where he interviews many celebrities, mainly politicians.

He has a strange demeanour, and his sense of humour always makes the shows interesting.

Jesse was born on July 9, 1978, in Philadelphia, Pennsylvania. His early upbringing took place in Germantown. However, Jesse’s family, later on, moved to the East Falls neighbourhood.

Jesse got his primary education from William Penn Charter School.

His family shifted once again to Long Island, New York. Jesse holds a BA degree in history in Hartford from Trinity College.

Jesse joined Fox News in the year 2003 as a member of the production team.

The next year, he was working with the production team of the show O’Reilly Factor. This was a news and talk show which Bill O’Reilly hosted.

Not long had passed that Jesse began to appear in various segments of the same show. His role was to interview people on the street.

To everyone’s surprise, the audience began to like this segment, which increased Jesse’s reputation within the channel.

Years passed, and Jesse’s appearances on mainstream TV began to grow. June 11, 2014, was the first time Jesse appeared on the daytime news at Fox News. Moreover, he also appeared in the talk show ‘Outnumbered’.

Working on the Fox News, Jesse Watters net worth has significantly boosted.

From here, he used to appear on the show occasionally as a guest co-host. November 2015 was Jesse’s first real successful year as his show Watters’ World debuted on November 15.

The show is an outlet for him and his team to express their views on various political issues and cultures. Initially, it was a monthly show, but in 2017, it was aired weekly on Sundays.

Later in 2017, Jesse was made a permanent commentator on Fox News and part of the panel show ‘The Five’.

The show was mainly a round table discussion of experts on various topics such as current affairs, political issues, and popular cultures.

Jesse Watters has also written a book named, “How I Saved The World.”

As it is said, with fame comes propaganda; when Jesse’s fame began to increase, so did the controversies around him.

He was always a bold person who wouldn’t hesitate to state his thoughts and reviews in front of anyone.

When he was working in the O’Reilly Factor in 2009, Jesse and his cameraman badgered one of the famous journalists Amanda Terkel. She had made a critique statement related to Bill O’Reilly.

Seven years later, a journalist named Ryan Grim from ‘The Huffington Post’ brought it back. He asked Jesse to apologize to Amanda on the matter.

Jesse agreed at first, but then he took the journalist’s phone and recorded a video saying he wouldn’t do that.

He then threw the phone on the ground, and later on, he picked it up and put it in his pocket.

On the 12th anniversary of the 9/11 incident, Jesse made a controversial comment on September 11, 2013. He stated that most of the domestic terror acts were committed by Muslims.

Once again, in October of 2016, Jessie was criticized for being racist in a segment of his show where he invited Asian-Americans from Chinatown.

The segment was mainly about martial arts, and he asked the guests whether they were trained in fighting and whether it was necessary to bow down before greeting.

In addition, he asked them if they knew Karate, knowing that it is a Japanese art while the people were Chinese.

He further insulted them by asking if their watches were legitimately bought or stolen.

The background music was a 1974 disco song ‘Kung Fu, and it also featured some clips where he was getting foot massages and was seen fiddling with nunchucks.

In October 2016, Jesse clarified that his man-on-the-street interviews from the starting of his career and the segment of Asian-Americans were all made for cheering up the audience and lighting up the moods just like other segments of his show.

In the next year, Jesse mocked John Podesta, who was the campaign manager of Hillary Clinton, claiming that he gave his password to a Russian hacker.

He commented on Ivanka Trump, where he mimicked her holding the mic and speaking. This was taken as a sexual offence, and he received heavy backlash.

He later stated that there was no intent of sexual mocking in his statement, and he was rather speaking of her way of talking and the tone of her voice.

Jesse, the same year, made a senseless statement saying that the best way to fight global warming was to apply suntan lotion.

The funny factor here is that he said this on air on Fox News while discussing climate change.

Last year, he made another racist statement. He said that the famous fast-food chain ‘KFC’ and marijuana dealers would do a brisk business in any black neighborhood.

Jesse is a relatively tall person. He is way taller than an average male in America with a height of 6 feet and 1 inch.

Q. How tall is Jesse Watters of Fox News?

Jesse Watters has a height of 1.85 meters.

Q. Where does Jesse Watters live?

Jesse Watters was born and raised in Philadelphia but he lives in Long Island, New York.

Q. Who is Jesse Watters?

Jesse Watters is a famous TV show host at Fox news. He is mainly known for his shows, The FIve, Watters World, and the O’Reilly Factor.

Q. When is Jesse Watters show on?

You can watch Jesse’s show Watters World every Saturday at 8 pm on Fox News. If you want to watch ‘ The Five’ it airs every weekday at 5pm.

Q. What is Jesse Watters’ ethnicity?

Q. What is Jesse Watters’ religion?

Jesse Watters is a Christian by faith. Moreover, he was born to a Christian family as well.

There hasn’t been any confirmation of his email address being revealed to the public, but we will update you as soon as we find something on it.

Q. What is Jesse Watters’ nationality?

Jesse Watters is an American National. He was born in Philadelphia to an American couple.

Jesse Watters is currently a TV show host at Fox News. He hosts the show, Watters World, and co-hosts the show The Five.

Q. When did Jesse Watters join The Five?

After years of struggle, Jesse Watters became a part of the roundtable panel show The Five in April 2017.

Q. Why isn’t Jesse Watters on The Five this week?

In 2019, Jesse made a comment about Ivanka Trump on which he faced a serious backlash. As a result, Jesse wasn’t featured on the show for two days.

Q. Where did Jesse Watters grow up?

Jesse was born in Philadelphia. His early upbringing was in a place called German Town. After his primary education, his family moved to the Eastfall neighborhood. Later on, he moved with his family to Long Island, New York.

Q. Where is Jesse Watters today?

Q. Where has Jesse Watters been?

After the backlash received by the audience on a comment made on Ivanka Trump, Fox News did not feature Jesse on the show for a few days.

Q. Where is Jesse Watters from the five?

After the backlash received by the audience on a comment made on Ivanka Trump, Fox News did not feature Jesse on the show for a few days.